From the late 14th century until 1670, men wore trunk hose or long breeches (leg coverings) and doublets (a long, loose fitting jacket). When the French Revolution in 1789 made it politically incorrect to be seen in rich folks attire, the pants became popular and knee breeches were out. The doublet shortened to a jacket like coat. Louis XIV is the first monarch to introduce uniforms for his soldiers in the late 17th Century, although matching jacket and pants were a couple of hundred years away.

At the end of the 18th century, the Frock Coat, a double-breasted, knee length jacket with tails, was the most accepted daytime style. But by 1910 the frock coat was out, replaced by the lounge suit, the forerunner of the modern business suit. The lounge suit was the business uniform of the urban middle and lower classes. The Morning Coat was the daytime formal wear choice. 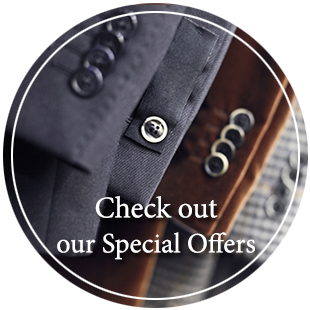 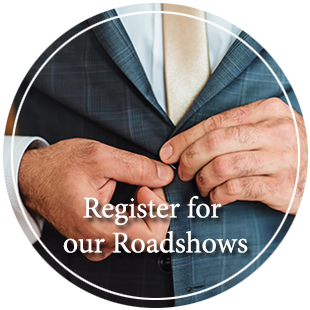 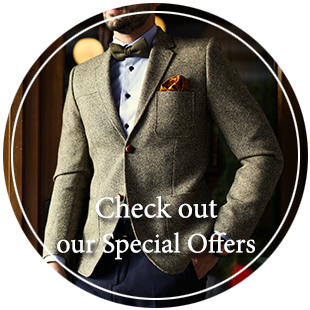 The Birth of the Blazer (see the special chapter on this sport jacket): In 1837 the Commander of the frigate H. M. S. Blazer was told that England's young queen, Victoria, would soon inspect his ship. He took one look at the unsightly condition of his crew's dress and decreed that they would get new uniforms. He decided on a short jacket with Brass Royal Navy buttons. There is a disagreement as to the color of those first blazers. In one account the jackets were vertically striped navy and white, but another reports solid navy serge. In either case, Victoria was so favorably impressed she required all the Queen's sailors to be in similar uniform.

Another historical tale (opposed to the seafaring one) recounts that the oarsmen of the Lady Margaret Boat Club, St. John's College at Cambridge University, first wore the Blazer. The red sport jackets on the crew seem to be "ablaze" on the water.

And even another derivation may be from the 19th Century British nobility's practice of "emblazoning" their jackets with family, school and clubs coats of arms.

Suits were prominent before country pastimes became popular in the late nineteenth century. Prior to that time there was no call for anything other than suit or formal dress in a man's wardrobe. Even when country walking and shooting first became popular tweed suits were the order of the day. 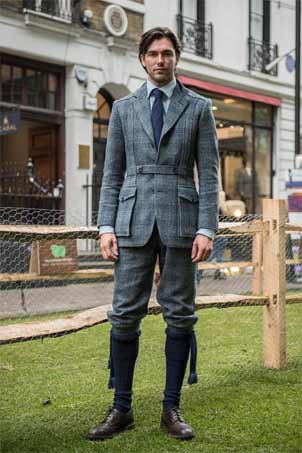 The Norfolk jacket changed the pattern of menswear. Tradition links it to the sportmen on the Duke of Norfolk's estate where guest included the Prince of Wales (to be King George IV). Whether the Duke or the Prince designed the first jacket and had his tailor craft the first one is still in dispute. The Norfolk design has a loose, comfortable fit across the shoulders and chest, matching fabric belt, box pleats (two in front, and one in the rear) providing freedom of movement, making it easier to swing and fire a gun while hunting. It was probably the first garment specifically designed sport use, the first sport jacket and the introduction of the idea of a non-matching jacket and trousers. 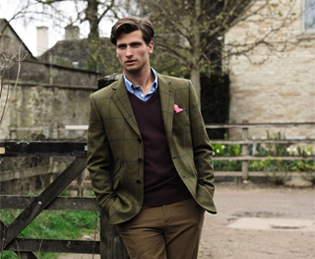 The Hacking Jacket (named for the flap pocket placed at an angle - see above) was designed as a riding coat, longer than a sport coat, with a slight flare at the bottom; back vent rather than side vents, three-button, single-breasted, slanting pockets (hacking) and a ticket pocket on the right side above the lower pocket. The most common fabric is tweed.

The hacking jacket resembles the "hunt coat" (which is made in scarlet for Masters and other regular members of the hunt invited to wear "colors", or in black or navy).

As the lounge suit replaced formal dress for business in the 1920's so the tweed jacket became accepted casual dress. It was a status symbol to have a separate jacket for sport. 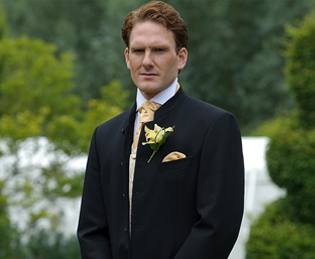 The Nehru jacket, a long narrow jacket with a high stand-up collar, was named for Jawaharlal Nehru, who often wore jackets of this style. Nehru, 1889-1964, Indian statesman and prime minister (1947-64), was born in Allahabad, India, the son of Motilal Nehru. He studied at Cambridge, became a lawyer, and served in the Allahabad High Court.

Nehru joined the Indian Congress Committee (1918), was influenced by Gandhi, and was imprisoned several times by the British. In 1929 he was elected president of the Indian National Congress. He became India's first prime minister and minister of external affairs (1947), and followed a policy of neutrality during the Cold War. He introduced a policy of industrialization, reorganized the states on a linguistic basis, and brought the dispute with Pakistan over Kashmir to a peaceful solution.

The Mao jacket is a plain, high-collared, shirt-like jacket customarily worn by Mao Zedong (1893 - 1976) and the people of China during his regime. A originator of the Chinese Communist Party (1921), Mao Zedong led the Red Army on the Long March (1934-1935) and overthrew Chinese dictator Chiang Kai-Shek in 1949. The Chairman had half a billion people to clothe and at the same time impose his new communism and make every equal. An Olive Brown uniform for everyone seemed to be the ideal solution. Mao founded the communist People's Republic of China on October 1, 1949. As party chairman and the country's first head of state (1949-1959) he initiated the Great Leap Forward and the founding of communes. He continued as party chairman after 1959

and was a leading figure in the Cultural Revolution (1966-1969). In the 1970s he consolidated his political power and established ties with the West. 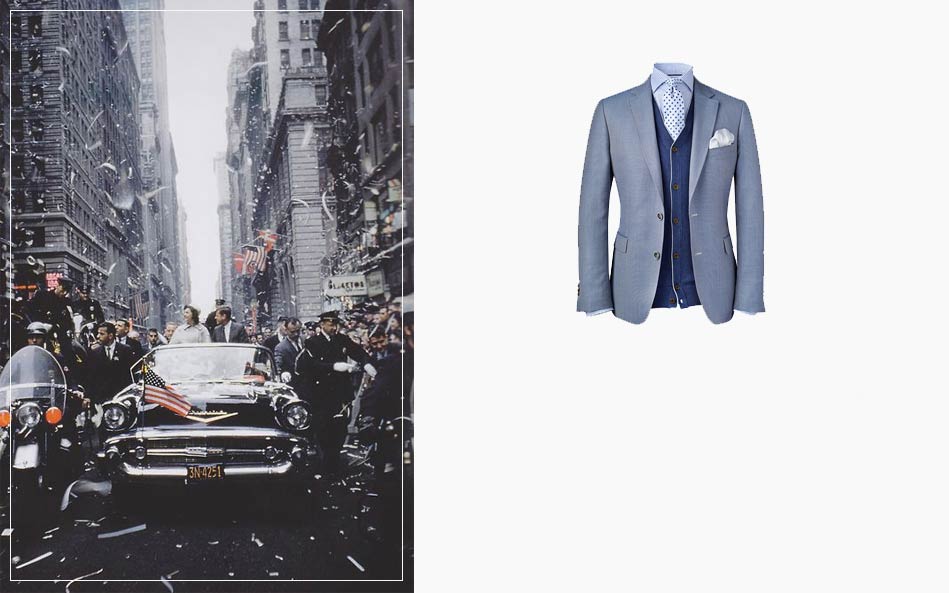